There are many who possess brilliant ideas, but how many of them can put these ideas into practice? It requires sheer perseverance to transform ideas into success. The story of Ranit Rana, DGM – Product and Market Development of our company, Jindal Stainless, is a classic example of grit and endurance. It exhibits the entrepreneurial spirit of a man, who began his journey with a small tubular sample of stainless steel and strove to realize its full potential. He paved the way for the use of this magic metal in bus body applications. When he began, there was no market for this segment in India, but he created one, and went on to achieve immense success.

There are many who possess brilliant ideas, but how many of them can put these ideas into practice? It requires sheer perseverance to transform ideas into success. The story of Ranit Rana, DGM – Product and Market Development of our company, Jindal Stainless, is a classic example of grit and endurance. It exhibits the entrepreneurial spirit of a man, who began his journey with a small tubular sample of stainless steel and strove to realize its full potential. He paved the way for the use of this magic metal in bus body applications. When he began, there was no market for this segment in India, but he created one, and went on to achieve immense success.

Today, this wonder metal has established itself in diverse sectors. It has slowly replaced traditional metals like aluminum, mild steel and galvanized iron. The staggering success of stainless steel across the world, especially in India, was not achieved without its share of hardship and struggle.

It’s only fair to chronicle and narrate the story of Ranit’s struggle so that it may inspire the rest of us.  2011 was a remarkable year for two feats; first, MS Dhoni led Indian Cricket team won the world cup after a gap of 28 years, second, Ranit made remarkable inroads into the stainless steel market in India. The strong connection between him and cricket was revealed during Jindal Stainless Cricket Tournament ‘Cricknees’ when our man went on to beat his competition to pulp.

The journey began with Ranit’s visit to Swaraj Mazda in their Ropar plant for testing of a small tubular sample to identify the grade. The sample tube was identified as JT grade (Jindal Tubes ), but it cracked and failed the crushing test. Subsequently, he did further analyses to identify the appropriate material, and selected JSL AUS/J1 for testing. He recalled, “It was the scorching heat of summer when I reached Ropar during lunch time with four sample tubes of JSL(AUS)/J1, provided by JSS Steel Italia. This grade passed the crush test and didn’t rupture, but it failed the cost-benefit analysis.” He didn’t stop here. He did the testing with 204Cu but obtained the same result. The biggest roadblock in breaking into the market was high price, due to which private bus body fabricators like Ashok Leyland, Tata Motors, JCBL, Amar Coaches rejected the idea. Ranit soon realized that it was necessary to optimize the stainless steel grade according to the needs of Indian customers and offer them a cost- effective solution.

The journey continued. He further evaluated various samples of stainless steel and tested 1.4003/409M; the result was encouraging. This grade emerged as an economically viable option. Ranit was overwhelmed with happiness. He sent the results of this test with photographs and detailed analysis to all the prospective clients, but there was lukewarm response and no breakthrough. Everyone from State Road Transport Corporations to Private Bus Body fabricators dismissed the idea. Pressure continued to mount on him to produce results. He remembers how phone calls were cut, appointments cancelled and doors shut in his initial days of struggle.

The ordeal was never ending. Private bus body fabricators were allowed to use a grade that  passes the roll over test by ARAI (Automotive Research Association of India), a body which offers expert services in testing superstructures of large passenger vehicles. When he approached ARAI, they stated that the roll over test would cost around Rs12 lacs and would take 3 years. All his hopes were dashed.

Ranit was disappointed. But, as Thomas Edison once said, “When you have exhausted all possibilities, remember this – you haven’t.” After extensive brainstorming, he devised a plan B and figured out that the luxury buses were exempted from this condition of the roll over test. This was a gigantic leap. The big moment arrived and the first breakthrough was achieved with Veera Vahana, a private bus body fabricator in Bangalore, headed by Srinivas Reddy. Reddy was passionate to establish a modern manufacturing facility to build luxury buses. He agreed to develop two fully custom made buses with stainless steel structures and panels. Steel Italia was unable to manufacture those tubes. Ranit managed to convince Rajj tubes (Ahemedabad) to supply the tubes to Veera Vahana. These buses have been running on the road since October 2015, and have traversed a distance of 2, 00,000 km each. Subsequently, relying on the trustworthy partnership with Jindal Stainless, Veera Vahana has decided to opt for stainless steel for six tarmac coaches. Stainless steel is now all set to offer passengers the comfort before boarding a flight or after touchdown.
State Road Transport Corporations still remained a distant dream. The initial costs were high for these players compared to the other alternatives in the market.  Ranit kept trying to convince them of the lifecycle cost-benefit of using stainless steel, but the initial cost was a deterrent. He realized soon enough that to get a foot in the door at these corporations, he needed to skip the employees and middle management, and speak straight to the top echelons of the management. Time was a big constraint in meeting the VCMDs. The journey from 60 seconds of telephonic conversation to a 60 minutes presentation was not an easy ride.
Ranit stood by his conviction and moved ahead. The first breakthrough was followed by approval from Andhra Pradesh State Road Transport Corporation (APSRTC).  In this case, testing of the grade was made easier with the introduction of new software ‘CATIA’ by Steel Italia. It performed the roll over test through a simulation model, saving a lot of precious time. To address the corrosion related issue, and increase fuel efficiency, APSRTC initially started with SS430 for inner panels, and later fabricated the superstructures and the structural components of their ultra-deluxe and Telegu Velegu buses with stainless steel tubes and sheets. These buses provide a mileage of 5.32 km/l and weight saving of 370kg.

Maharashtra State Road Transport Corporation (MSRTC) was next in the row. They have completed fabrication of a bus in stainless steel at their Dapodi Workshop in Pune, wherein they converted body panels (roof, inner and outer) and floors from galvanized iron /aluminum to stainless steel, leading to a total weight saving of 233kg per bus. Now, MSRTC has decided to convert 10 more buses completely into Stainless Steel.

The difficult part was to convince people to use stainless steel over aluminum. For this, Ranit did thorough research and devised a breakthrough formula. External panels of the buses should not vibrate. This characteristic property is called drumming resistance which is a function of the stiffness of the material. The stiffness depends upon Young’s Modulus. So with Aluminium having thrice the Young’s Modulus of stainless steel, he calculated that switching from aluminum led to significant slash in cost and the thickness was reduced to 1/3rd, with weight remaining the same. This finding made pitching for the metal easier.

To make headway in the electric car segment, Jindal Stainless is collaborating with Tata Motors. But this partnership did not happen at the drop of a hat. Ranit faced multiple rejections before he could get a chance to meet Dr A K Jindal, Vice President, ERC (Engineering Research Centre), Tata Motors. He chased him in every seminar. Finally, Ranit got a chance to sit beside and talk to him in his Tata Sumo from the airport to the guest house and convinced him about the utility of this metal in those crucial 45 minutes. Recently, he got a call from Tata Motors stating that they are going to develop three electric buses with Jindal Stainless. Such has been the humility and conviction of Ranit, who often advocates that one should go and play the game fearlessly.

The uncompromising zeal and knowledge of Ranit about his product has made adoption of stainless steel in bus body application in India a reality. In that sense, Ranit is a stainless pioneer in India. He doesn’t rest on his laurels though.

His determined approach has enabled Jindal Stainless to do a business of 900 tonnes in bus body segment.

The bigger question is why was Ranit so convinced of the utilitarian value of this metal? It was because he knew that stainless steel was the best alternative for the automotive and other industries.  Since its serendipitous innovation, due to repeated failed attempts of Harry Brearley in 1913, stainless steel emerged as the magic metal which has changed the world with its diverse application. The remarkable features of stainless steel provide safety, aesthetics, lightweight, fuel efficiency, fire resistance and sustainability. Furthermore, it is a green metal for a greener planet.

Today, when we enter and step on the stainless steel chequered floor of a bus, we are assured that our journey is safe. It has become possible only because of the determination and resilience the man who put his heart and soul to bring this idea to successful fruition. 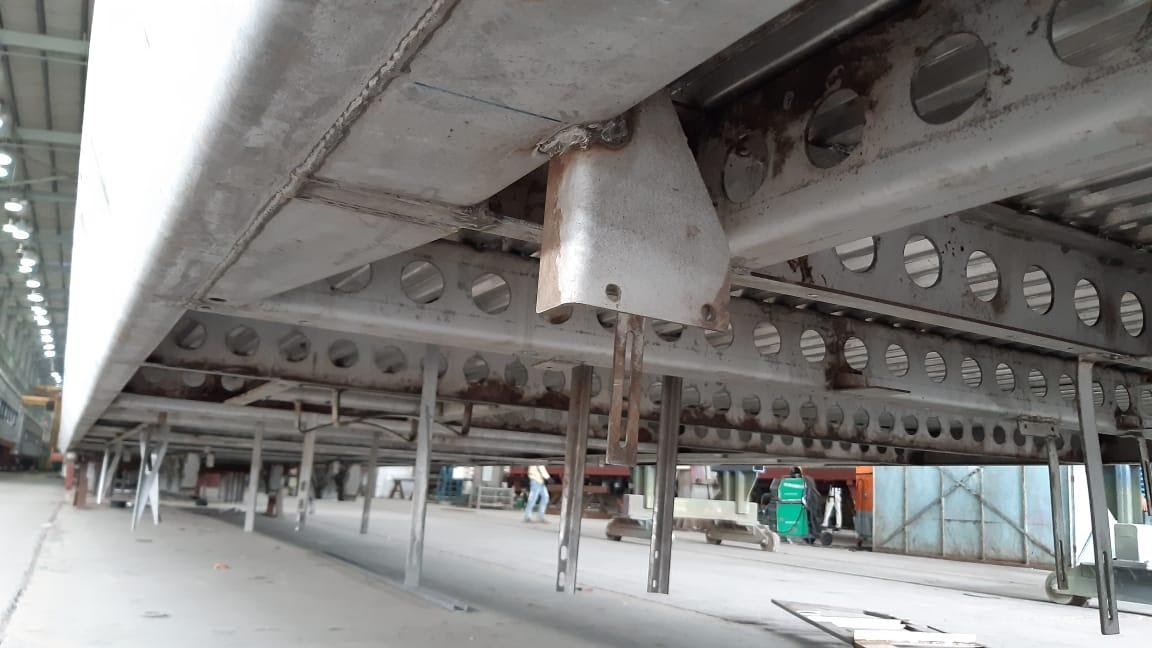 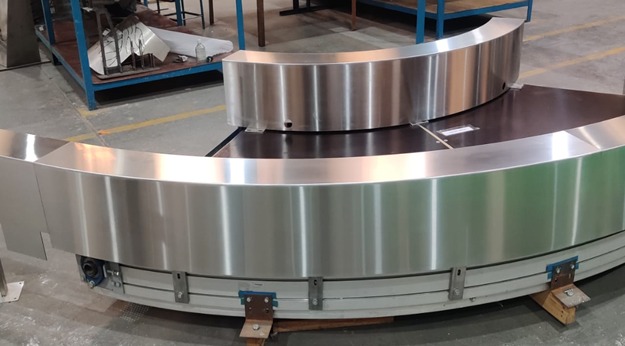 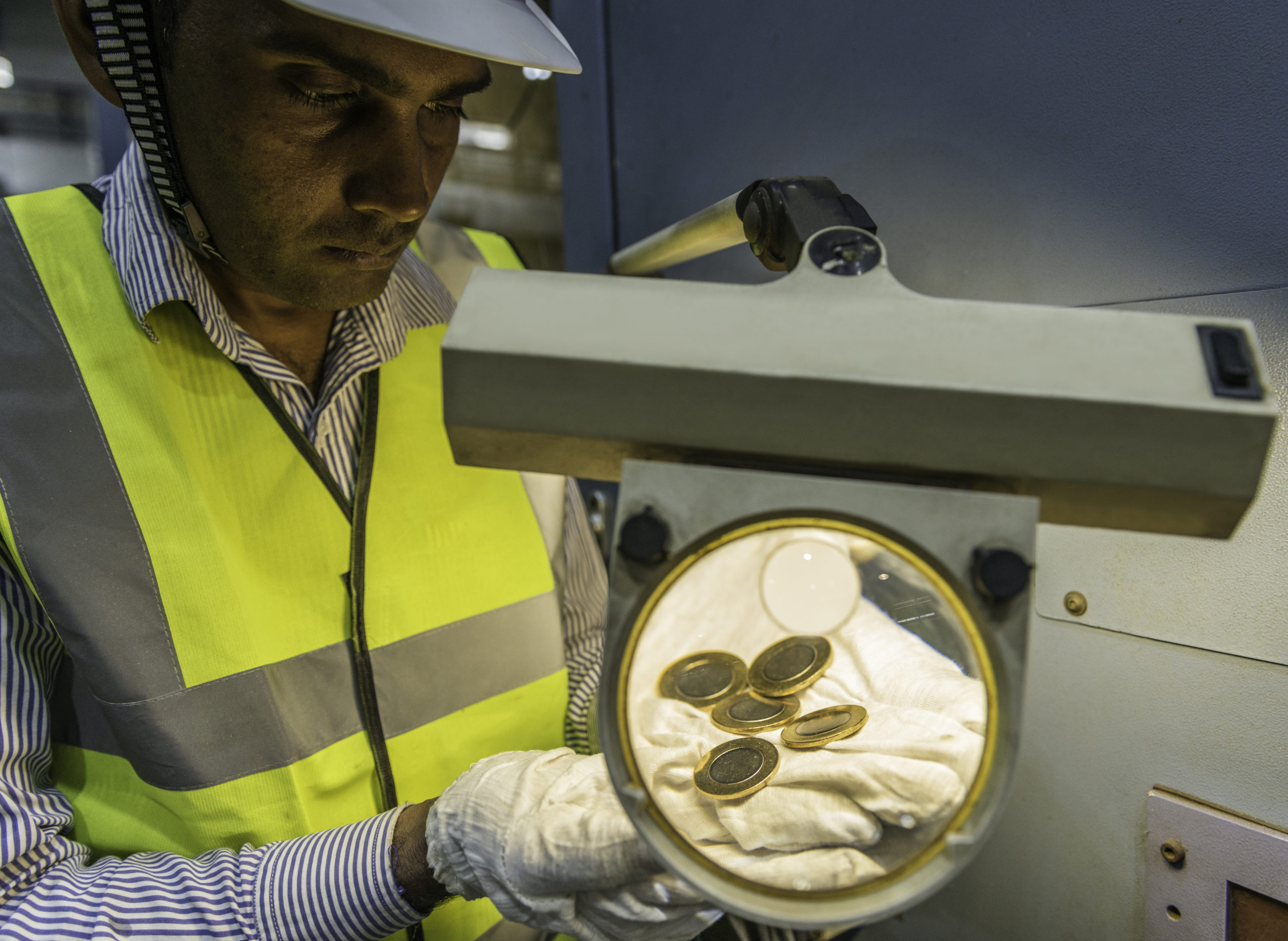