“After 55 years of professional journey, my only regret is that I don’t have a CV to apply for a job” says the Indian stainless steel industry stalwart, Mr Nirmal Chandra Mathur who can be called ‘India’s Stainless Man’. Not only has he dedicated almost his entire professional life to the development of Indian stainless steel industry but has took Indian industry’s spectacle globally. Mr Mathur has represented India and has presented papers in over 40 international events and forums. He has worn several hats in the past, from being the President of Indian Stainless Steel Development Association, the apex stainless steel industry body in India, to the Chairman of Steel Furnace Association of India (SFAI). Having been actively associated with Jindal Stainless in several key roles for over 28 years, Mr Mathur currently serves as an Independent Director on the board of Jindal Stainless (Hisar) Limited. Stainless Post presents an exclusive interview with Mr Mathur, whose love for stainless steel is as young as his heart.

1 Tell us about your early days and what led you to devote your entire professional life to the development of stainless steel industry?

I was born in Jodhpur, Rajasthan and did my early schooling from Jodhpur and Jaipur. I graduated with a bachelor’s degree in engineering from Birla Institute of Technology & Science (BITS) Pilani, Rajasthan in 1966. I had the honour of being elected as the first President of the Student Union of BITS, Pilani in 1964 when it became an independent University. This responsibility gave me the opportunity to interact personally with founder of Birla Group and esteemed businessman, Shri Ghanshyam Das Birla. In 1965, when India and Pakistan were at war, the Birla group was dedicated to recruiting promising youth to aid technological advancement of the country. Mr Birla personally offered me a position at his esteemed group in March 1966. I was associated with the group for 17 years, managing major projects like Hindalco, Mysore Cements, and Grasim. In 1972, I was associated with Birla group’s Bihar Alloys Steel Limited that produced stainless steel round and flats bars. During 1980-81, I started visiting Hisar as the marketing head of Birla’s steel plant and interacted with Shri O P Jindal, and other key people at JSL Hisar plant. In 1983, I got associated with Jindal Strips Limited, and rest is history.

2 How did your journey with Jindal Stainless begin?

The year 1983 proved to be turning point in my life when I got a phone call from Shri OP Jindal and he offered me a position at Jindal Strips Limited (now Jindal Stainless). I vividly remember that instance when I met Shri Prithviraj Ji Jindal Delhi and he asked me to decide my position and salary. Moreover, he himself sent me my appointment letter. This made me realise the immense faith the group had in me and the future potential of Jindal group. In 1983, we produced merely 12,000-14,000 tonnes of stainless steel in a year at Hisar. We used to send our hot rolled material to Mumbai for cold rolling, besides selling stainless steel flat to narrow patta-patti units. At this time, 90% of the stainless steel demand was from the traditional kitchenware segment, served predominantly by imported cold rolled coils coming via Minerals and Metals Trading Corporation (MMTC), a PSU under Government of India, as direct imports were not allowed. I remember being closely associated with Chairman, Shri Ratan Jindal to discuss and devise ways to up the stainless steel demand in the country. We participated in various forums and events and accumulated insights from the global stainless steel trends and trade. A series of events and developments led to the inception of Indian Stainless Steel Development Association (ISSDA), which became a turning point for the growth of Indian stainless steel industry. The journey with Jindal Stainless has always been joyful and it was an honour for me when Chairman asked me to sign the MoU with the Government of Odisha in his and Chief Minister Shri Naveen Patnaik’s presence on June 9, 2005 for setting up Odisha’s grand Jajpur plant. I am indebted to the Jindal group for making me feel like an important part of family and being a part of my personal celebrations, including my 60th and 70th birthdays and my 50th wedding anniversary.

3 Was there a milestone moment that led to stainless steel becoming a prime metal in the industry?
A major breakthrough came in the year 1989 when Nickel prices shot up to nearly USD 18,000 per tonne (average prices used to be around 6000 USD/tonne), which is a prime raw material for 304 grade stainless steel . The import duty for Nickel was at a peak 55% during this time. This was undoubtedly a challenging time for stainless steel trade where 300 series stainless steel was in major demand for kitchenware segment. At this point, while we were developing a strategy, we were inspired from an instance during the Second World War when US had put an embargo on the use of Nickel. At that time, a major high technology US company had partially replaced nickel with manganese to develop new grades of stainless steel. This introduced two grades of 200 series in ASTM standard in the mid 1950’s. This motivated us to use strong R&D at Hisar in developing new grades for the kitchenware segment in India. We introduced the 200 series austenitic grade in the market, which was apt for kitchen applications, but was globally considered mere as a utility grade. Its global production stood at just 40,000 tonnes in 1989-90. We faced immense criticism and bad press initially for this move, however we were confident of our approach. We proved this when our product was certified by Central Food Technological Research Institute (CFTRI) in Mysore, Karnataka, and later from Bureau of Indian Standards (BIS). We even exported samples of our product to several international laboratories. Today, the global annual production of 200 series austenitic stainless steel stands at 10 million tonnes, 20% of the world stainless steel production.

4 What were the major applications that stainless steel revolutionized?

Our successful strategy in the kitchenware segment inspired development of several new grades for various applications. The dedicated efforts by the dynamic R&D department at Jindal Stainless (Hisar) Limited led the way for stainless steel being adopted across all major segments.

5 Tell us about the inception of Indian Stainless Steel Development Association (ISSDA).

In 1989, seven domestic stainless steel producers joined hands to establish the Indian Stainless Steel Development Association (ISSDA), a solution provider and technical aid for market development. Due to limited knowledge on the usage of Nickel and its global market, we roped in the Canada-based Nickel Institute to guide us and provide technical and financial support.
A major development was in 2005 when we invited UK-based CRU to India. This was for the first time that CRU agreed to step out of Europe and join hands with us for an international stainless steel conference. In 2007, China hosted a conference organised by International Stainless Steel Forum (ISSF). In 2014, ISSF’s Board decided to host global stainless steel associations for them to meet and share their success stories. This has brought in a culture of cooperation and development in the global stainless steel industry.

6 Do you think stainless steel has a limited scope of applications left? What can be the way forward for the domestic industry?

I believe that we are nowhere near our potential. A 2.5 kg per capita consumption of stainless steel in India, against the world average of 6 kg speaks for itself. We need more concerted efforts. I remember that during one of my talks in Germany, I had suggested devoting efforts to develop stainless steel applications in a particular segment, rather than distracting ourselves across all segments at once. Adopting a better methodology might prove to be beneficial. I strongly believe that the architecture, building, and construction (ABC) sector is yet to capitalise on the usage of stainless steel. It is definitely picking up, but has a long way to go. Public infrastructure like airports, bus shelters, railway stations, along with modern architecture in public institutions will play an important role in propelling the use of stainless steel in India. Moreover, as the Indian economy is recovering after being hit by one of the most disruptive pandemics ever seen, stainless steel is rising to the occasion and is aiding in the development of modern healthcare infrastructure. I believe, the domestic industry is dedicated to serve to the Make in India and Aatmnirbhar Bharat vision of the Government of India. I believe that with increased support from the government, stainless steel can be an unstoppable force of development in the near future. 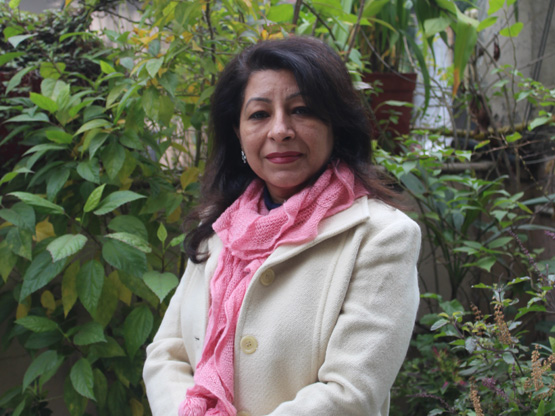 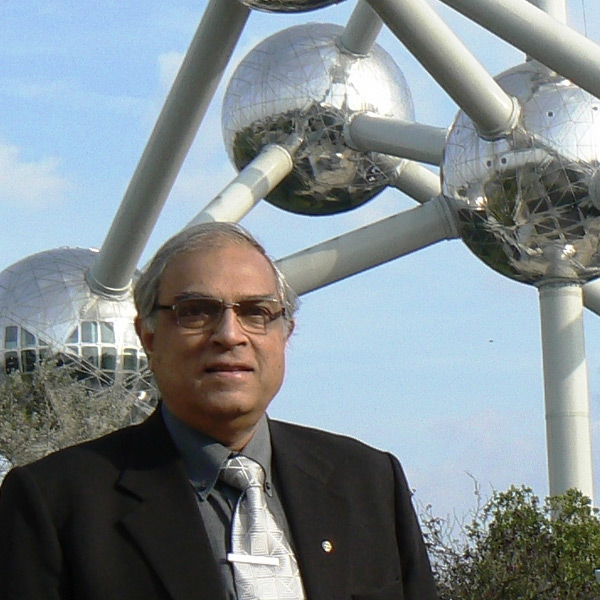 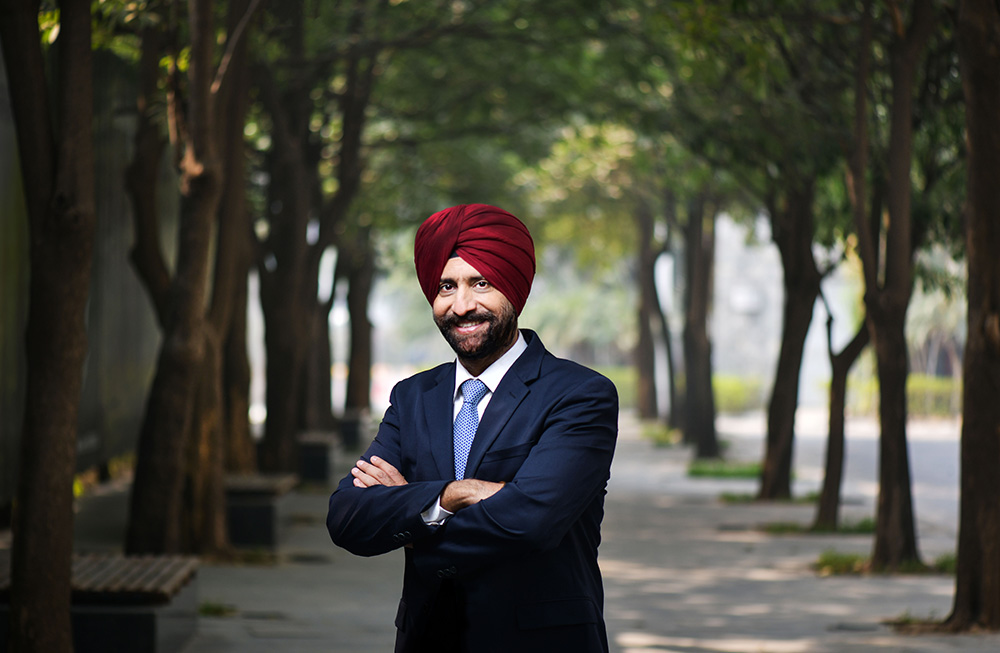