‘Battles are not won individually; they are won by teamwork’ says the Medical Director, Jindal Institute of Medical Science’, Dr Shekhar Sinha. In this edition of  Abhivyakti, we are saluting the stainless spirit of the Jindal Hospital, for waging a war against the deadly second wave of Covid and coming out victorious. An unforeseen crisis came and left the patients gasping for oxygen. The peak came so sudden which shook the entire healthcare system. Read on this story to find out how the Hospital sailed through the ‘tsunami wave’ of Covid. Also, get to know Dr Sinha’s opinion on vaccination and masks.

How would you describe the second wave of Covid and the way it hit the entire nation?

Starting in March, the second wave was like a ‘Tsunami’ as it peaked suddenly. There was a surge in severe cases within no time. Patients were not responding to the normal treatment and the death rate was also very high. We had to admit patients who were in serious condition by the time they reached and were on ventilators for up to  15 days. But, as I said, it was like a Tsunami, so the disappearance rate of this wave was also high. It disappeared in the same rapid way as it came.

What firsts did the Hospital see during the second wave of Covid?

Covid itself was the first thing that we had never experienced. Even if we look at the History of medical science then we know that somewhere in 1918, the Influenza virus came. In my career of 35 years, I never experienced anything like this.  Death was the only outcome of this disease if not supported adequately with oxygen and supportive treatment. Treatment of this disease was not just medicines but it depended on the overall knowledge possessed by the doctor because treatment of such a disease was nowhere written. Only those who read between the lines, from medical literature and books could and used their sense to treat the patients.

This Tsunami wave was a learning lesson for all and it was dealt with effectively only due to teamwork. Talking about Jindal Hospital, not just doctors, but people across the chain- nurses, cleaning staff, gasmen, drivers, administrators, biomedical engineers, etc, came forward and worked voluntarily. They were working day and night. Even the top management, including the chairperson, Ms Deepika Jindal were involved and were supportive all the time. When there is a war, you can’t leave the battlefield and run away. Similarly, as per the oath taken by us, we always keep the patients ahead of us. All the staffs were well aware of the oath and they consciously abided by this. It was an exemplary show of teamwork. Battles are not won individually; they are won by teamwork which was excellent.

How would you describe the oxygen crisis? What role did Jindal Stainless play in supplying oxygen?

Our oxygen storage capacity is 20KL (Kilo Litre) or 7MT. This is a huge capacity on its own, In terms of consumption during normal days, we have a stock of 15-days. We consume around 1KL of Liquid Oxygen per day and we store up to 20,000 Litres. This was the foresightedness of the management to establish a fully automated double flask oxygen storage tank. Our peak consumption during May 2021, when we had the maximum patients, was 6KL. With our supply, we had storage of a 5-day oxygen supply. We have a dedicated re-filling center, Jindal Stainless Hisar Limited, which produces around 6.5MT of Liquid Oxygen which is 18KL. This is 18 times greater than our consumption so we never had a crisis of Oxygen. Even JSHL was producing 9MT of Oxygen and supplying it to the hospitals across the state for free. So, we always had an adequate supply of oxygen even during most serious times.

How many patients have been treated in Jindal Hospital since the beginning of the pandemic?

From June 20 to July 21, we had around 1600 confirmed cases of Covid. The success rate of the treatment was high, but the mortality rate was also high. Out of 1600, 334 patients succumbed to Covid. Rest were treated and discharged.  Between, April to August 21, we also had 52 cases of Black Fungus, out of which, surgery was performed on 45 patients and around 10 patients lost their lives.

Most people are vaccinated nowadays. But, with this, people are being careless and not wearing masks? What is your message to them?

The History of vaccination is very old. In India, the vaccination rate is praise-worthy. Over 90 crore Indians have been given the first dose. The rate of providing patients the second dose is also picking up. The virus is ever-changing and even after vaccination, the disease can occur. But, we have seen that vaccination reduces the effect of the virus in patients. Our doctors also developed Covid during the second wave, since they were fully vaccinated, their symptoms were mild.  In Jindal Hospital also, we started a vaccination drive on January 21 and it is still ongoing. But, I would say, one should wear a mask in public. I would advise all to get a booster dose too. 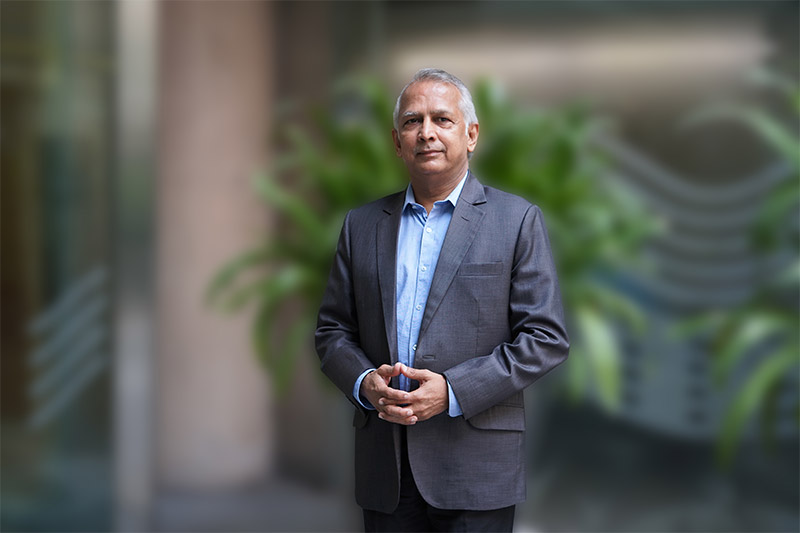