An organization is a community at work. People come together in the pursuit of achieving a shared goal. At the roots of this kind of collectivism is human progress. From the age of homo-sapiens 5000+ years ago, the human race has survived and thrived not because it is the most intelligent species but due to the innate nature of collectivism. One might call this team work or inter-dependence, but after all, in the words of Aristotle, ‘Man is by nature a social animal’.

In this enigmatic age of technology, human interdependence or in other words, collaboration, is one of the most sought-after competencies at work. It is only through collaboration and effective synergy amongst employees that a company truly moves forward. When there is an intellectual and emotional energy flowing through each member, the group performance is lifted to a differentiator level.

Few years ago, an interesting study was conducted at Purdue University in Russia by psychologist Bill Miur, who analysed the genetic lines of commercial chickens. He also analysed the impact of collaboration on chickens and drew parallels with human behavior inside an organisation. In the chosen chicken farm of his study, the chickens were broadly categorised with reference to their productivity as super chickens (red zone) and normal chickens (green zone). The red zone chickens were well-feathered and had long beaks and they would indulge in suppressing the normal chickens by pecking them and at times would even kill them.

Miur identified and separated the chickens in to these two groups based on their generational performance of egg production. After one year, he found that green zone chickens collaborated and improved their egg production by 260%. On the other the red zone chickens’ productivity dropped significantly. He also witnessed them getting emaciated and their feathers thinning down because of the innate competitiveness resorting to bullying and pecking on other chickens.

There are numerous corporate stories of enduring success built on collaboration, be it South West Airlines or the Seven Seasons Hotel, or Starbucks. The ‘successful failure’ story of the astronauts of the Apollo 13 Mission is another fitting example of collaboration. Even though the mission failed, the astronauts came back alive because of the dedicated team-spirit of the crew.

Collaboration is reflective of collective strengths in Results and Relationships. It fosters divergent viewpoints, healthy conflict-resolutions and helps in reaching optimum solutions.

It allows the transition from ME thinking to WE thinking – from My Way to Our Way. In group dynamics, individual ideas are not locked in the fist but are released to expand, enlarge and embraced by others via a myriad of expressions. Collaboration is therefore a win-win experiment for individuals, teams and organisations. Much akin to the games of football, basketball or cricket, it is imperative to strengthen individual talent in order to nurture collective strength to finally emerge as a winning team.

In a recent video clipping of the Manchester Soccer Final shared by a friend, it was fascinating to see the rhythm of the entire team – 44 passes amongst 9 players culminating in one successful goal and ultimately, the final victory! Now that is what I call, Team Work! 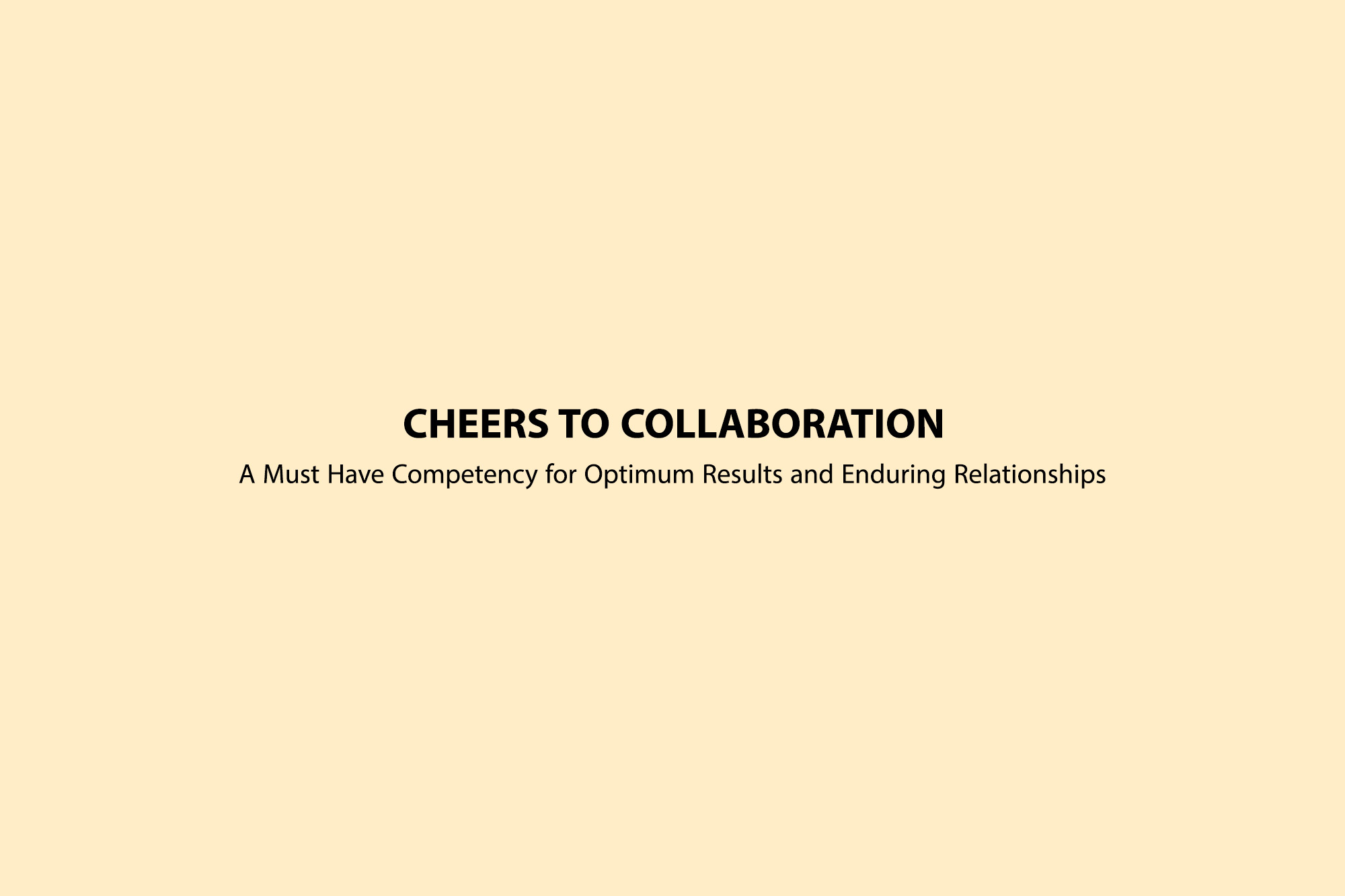