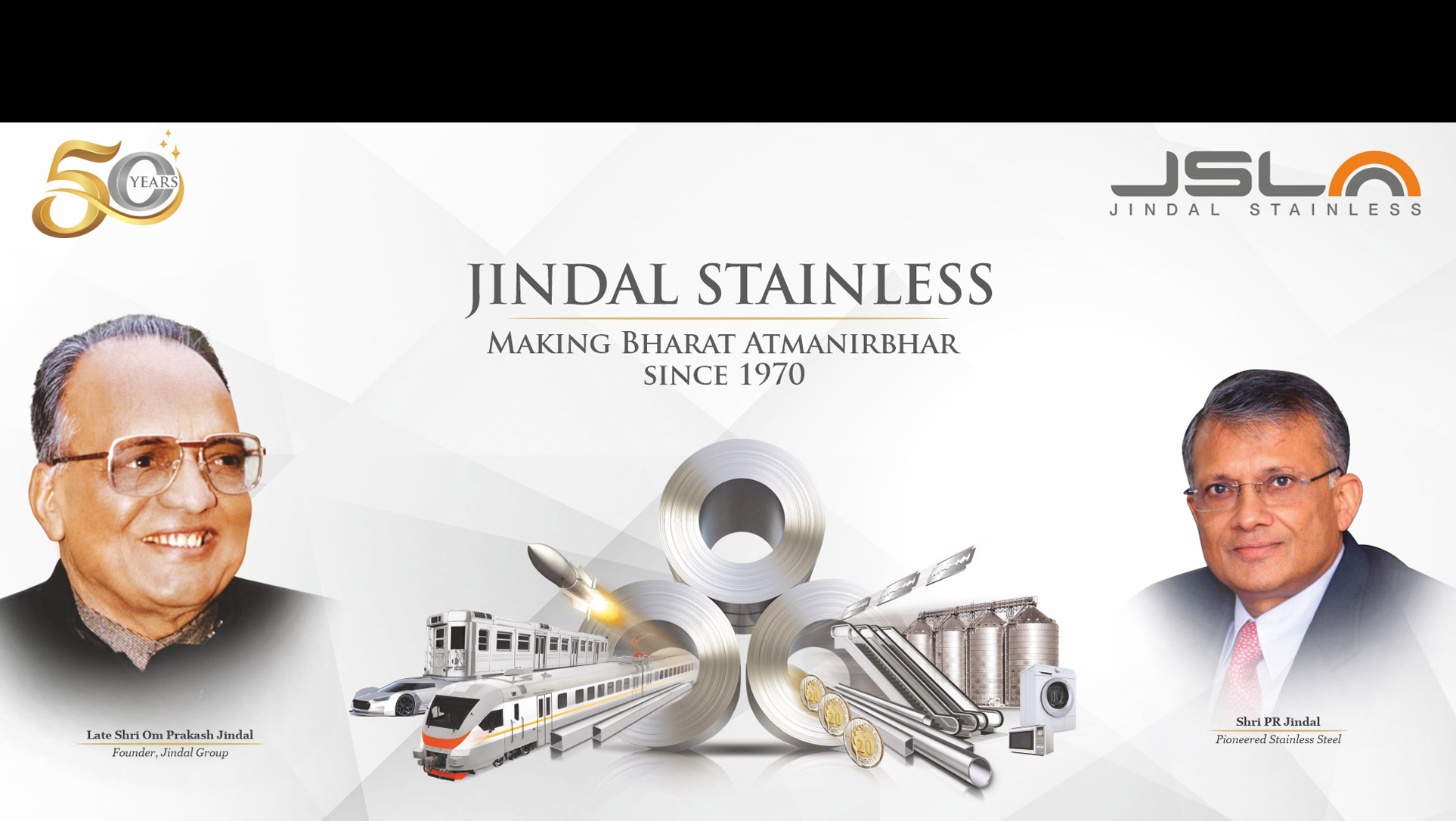 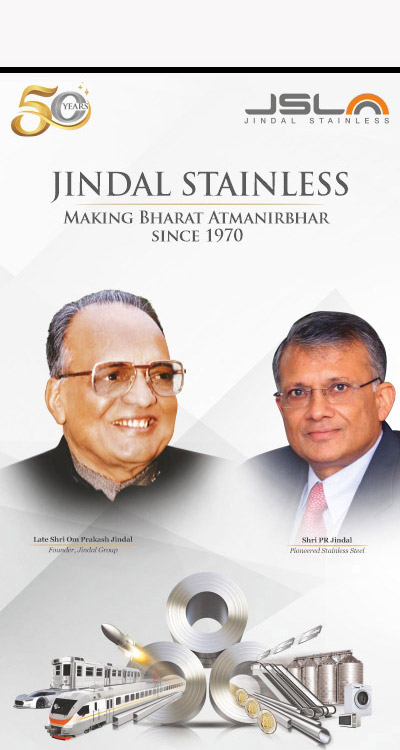 Thanking you for the letting us add a stainless sparkle to all facets of your life for the last 50 years.

A mini steel plant, which produces hot rolled carbon steel coils, plates, slabs and blooms, is established as Jindal Strips Limited at Hisar. This marks the birth of not just Jindal Stainless, but the entire OP Jindal Group of Companies, which is today an industrial conglomerate with an annual turnover of US $35 billion.

The Company establishes a cold rolling unit in Village-Vasind, Dist. - Thane, Maharashtra, which is now part of JSW Steel Limited.

The Company purchases a steel manufacturing unit from Piramal Steels Limited, which later becomes a part of JSW Steel Limited.

Country faces a severe shortage in Nickel, owing to dried up forex reserves. Company overcomes this challenge by commercially introducing the low-Nickel 200 series for the first time in the world. The trend is then adopted by China, and the world follows suit. Grades J1/J2/J3/J4, popularized by the Company, are in vogue even today.

Company establishes a Sponge Iron plant at Raigarh in Madhya Pradesh, which is now a part of Jindal Steel & Power Limited.

Jindal Ferro Alloys Ltd, set up in 1987, is amalgamated with the Company in this year. The Ferro Alloys Division in Vishakhapatnam is thus formed.

Company initiates the production of Coin Blanks in Hisar.

The pioneering leadership of Deepika Jindal lends a paradigm shift to stainless steel. She launches Arttd’inox, a premium brand of homeware and tableware which fuses the utility of stainless steel with the beauty of art.

Jindal Strips is restructured and the manufacturing operations are spun off to be called Jindal Stainless. Arttdinox launches designer stainless steel lifestyle products in the retail market. Jindal Chromite Mines are acquired in Kaliapani village, Odisha.

Ratan Jindal sets the ball rolling for setting up of a 3.2 million tonnes integrated stainless steel project at Kalinga Nagar Industrial Complex in Jajpur District of Odisha. The facilities are installed in two phases over next several years.

Jindal Stainless establishes its foothold in the South East Asian & Oceania markets with the acquisition of a stainless steel Cold Rolling Plant in Indonesia.

The Hisar facility gets expanded to a capacity of 0.8 million tonnes, and production begins at Jajpur facility with capacity equivalent to Hisar’s.